Howard Zoroaster Culver was one of the original investors in the National Watch Company and part owner of Culver, Page & Hoyne - a stationary and printing business in Chicago that published many of the early Elgin marketing materials. Culver was also president of the American Insurance Company, and evidence supports these companies were all entwined in business dealings. He was on the board of directors at the watch company from 1864-1887.

The Grade 62 Culver was introduced by Elgin July 16, 1867 and was the second grade offered by the company, positioned just below the B.W. Raymond. The original "Culver" grade featured a solid nickel balance but was quickly replaced with an expansion balance and renamed the "H.Z. Culver." For a short period of time, the "Culver" and the "H.Z. Culver" was offered along with the rest of the Elgin line. Early movements were not marked "Adjusted" nor described as such. The 1873 issue of the Elgin Almanac calls attention to the Raymond, Culver, and Taylor being marked "Adjusted," while the previous issue only indicates the B.W. Raymond as "adjusted to temperature" (not marked). The Grade 62 Culver movements with serial numbers above 56,001 should be marked "Adjusted" with the exception of of some movements from the run 170,001-175,000. 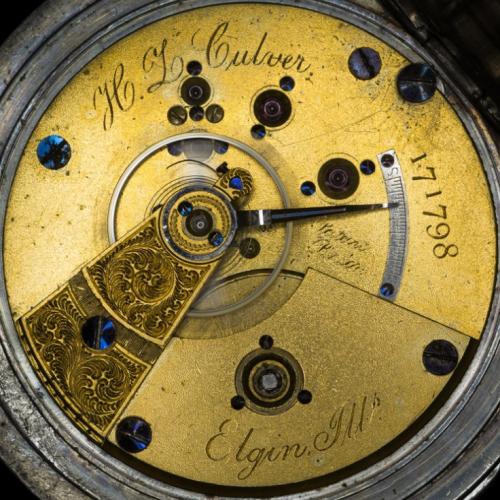 The Grade 62 Culver was introduced July 16, 1867 and was the second grade offered by the company. The National Watch Company initially offered two Culver grades, one marked "Culver" (No. 2 Culver) with a solid balance wheel, and another marked "H.Z. Culver" (No. 3 Culver) with an expansion balance. Production of Culver grade with the solid balance was extremely short, with less than 250 manufactured. The first nine runs of the Culver grades are not marked adjusted. Starting with serial 56,001, movements began to be marked "Adjusted" on the top plate around the perimeter of the balance wheel, though some movements are found in the 170,001-175,000 run without this marking. The third-to-last run of Grade 62 (264,001-265,000) is simply designated as "62" in the 1896 Material Catalog Serial Lists. This run was produced while Elgin was introducing nameless grades, and the run could also be marked for Elgin National Watch Company or "H.Z. Culver." The last two runs are clearly designated as "Culver." 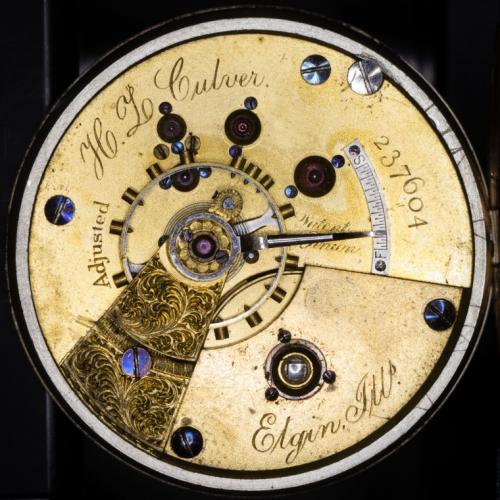