American pocket watch movements are usually found with either a Gilt or Nickel finish. Some manufacturers produced movements with a two-tone finish, using gilt damaskeening over nickel.

Note: The finishes referenced on this page apply to the movement finish inside the watch, not the case material. 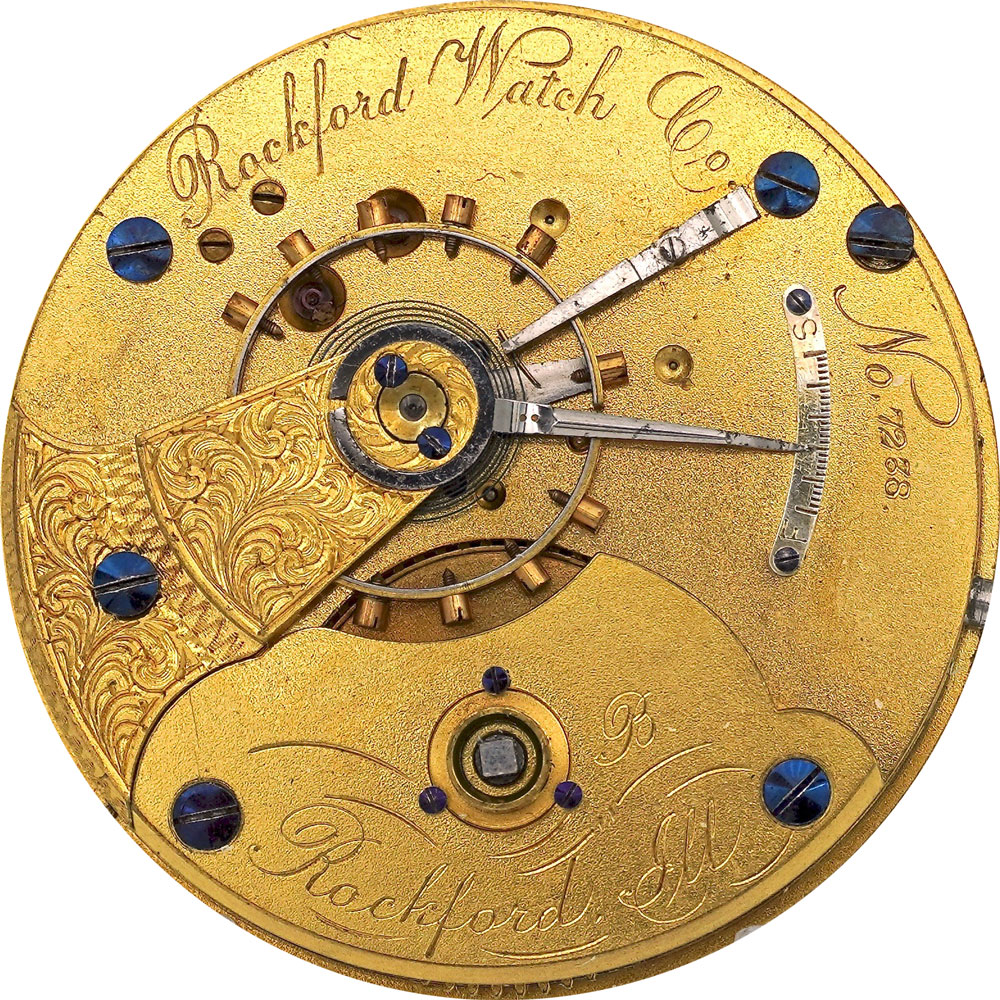 Gilt movements are characterized by a gold-colored finish "gilded" on brass movement plates, typically engraved without color inlay. This finish was exetremely common before 1900. However, once manufacturers began offering nickel-finished movements, gilt became a less popular option and was more prevalent in lower quality movements. 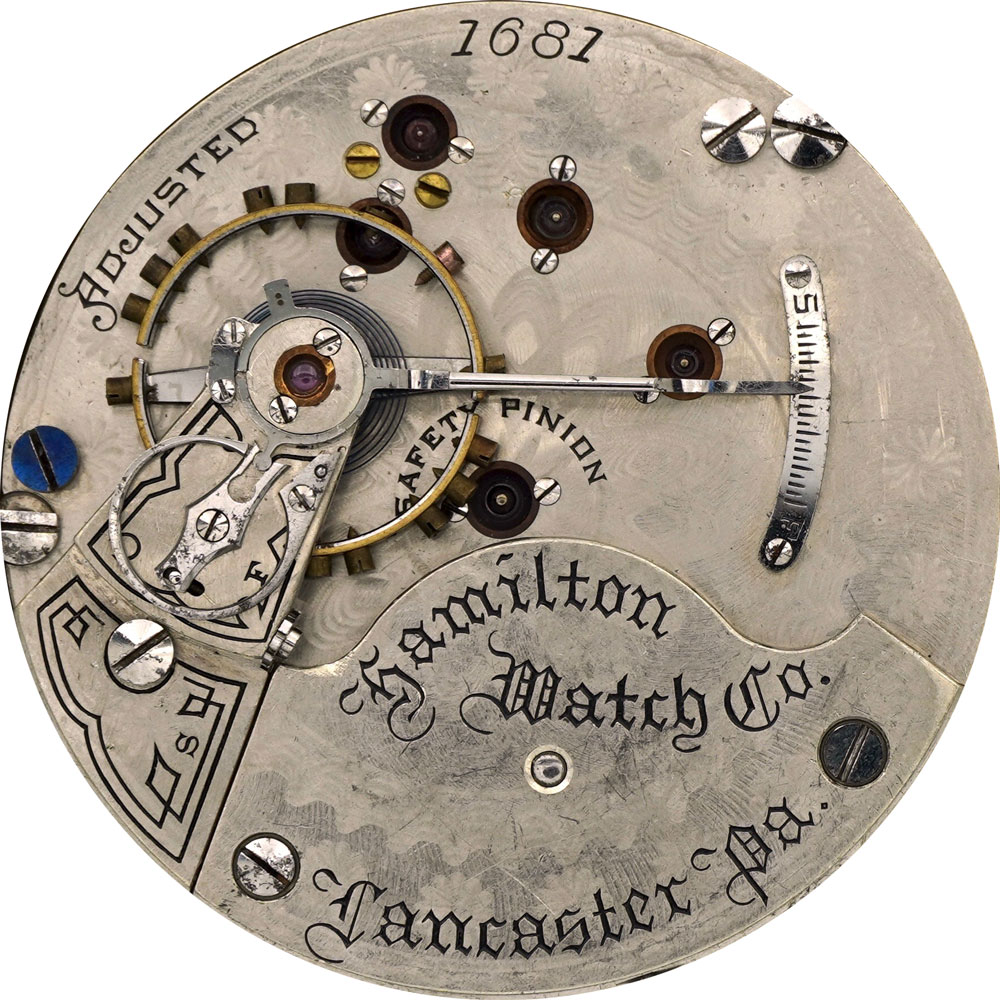 Nickel movements are characterized by a silvery, often-polished, finish on the movement plates, and usually adorned with decorative damaskeening patterns. Once nickel movements became popular in the late 1800s, they often sold for a premium when compared to identical gilt movements.

The nickel material was more durable than gilded plates and offered a better surface for decorative machining methods. 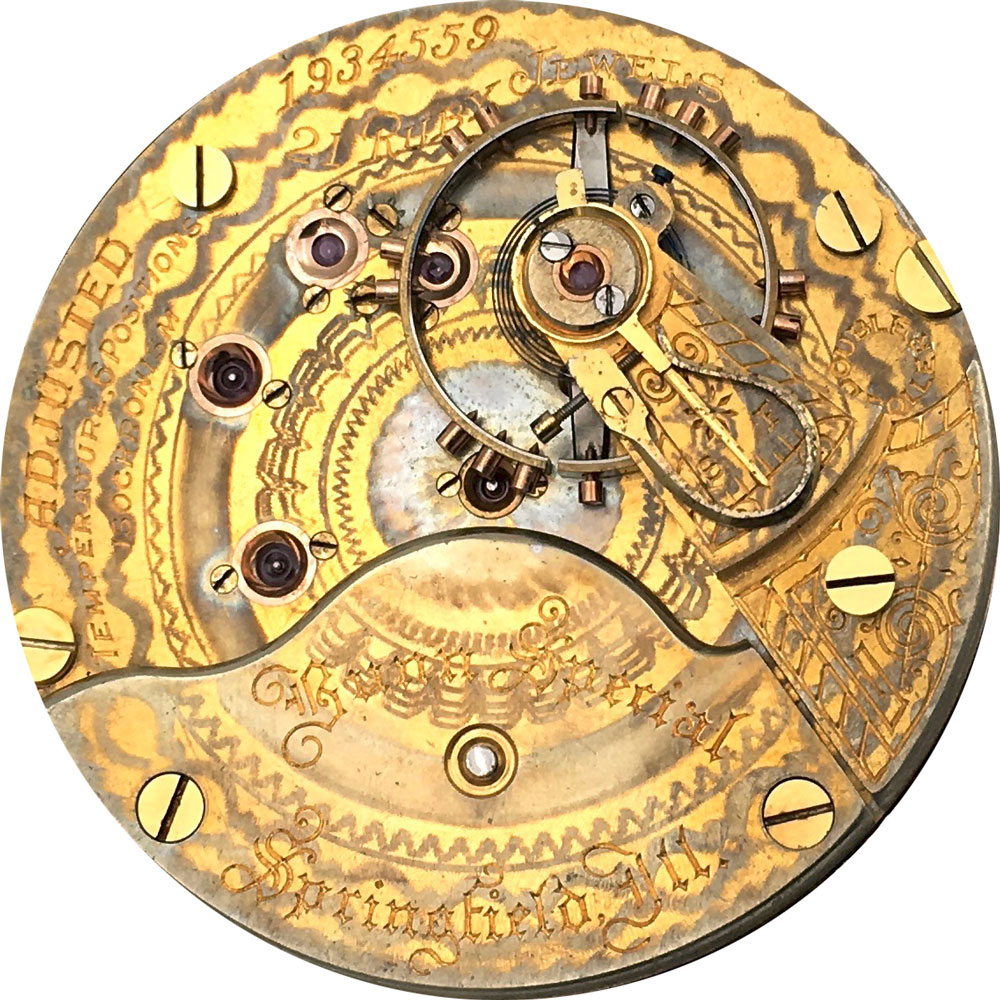 Two-Tone movements are characterized by dual-finish patterns using a thin layer of damaskeened gilt on nickel plates. Two-Tone movements were usually reserved for premium watches due to the extra time and attention during the manufacturing process, resulting in some of the most beautiful movements ever produced. 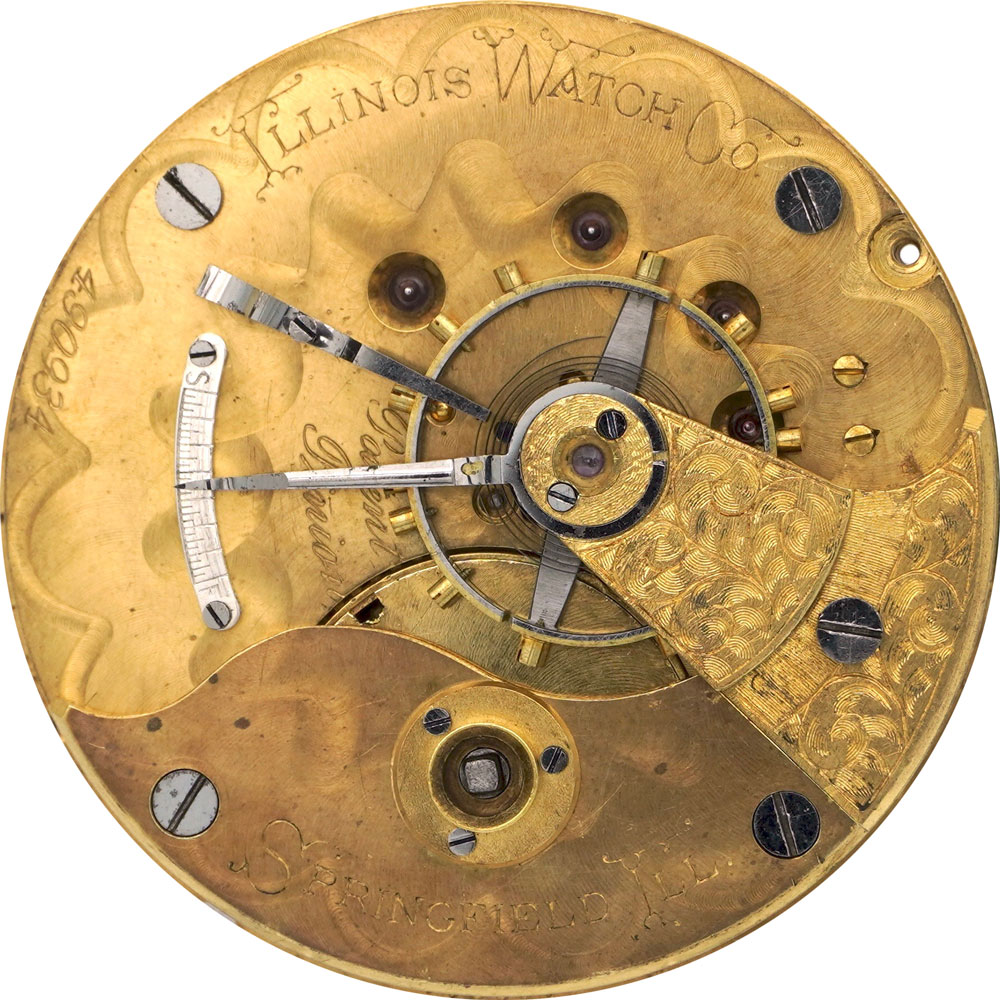