The mainspring barrel provides power to the movement by means of a coiled spring. When the watch is wound, the mainspring is coiled tightly inside the barrel and causes rotational force to be applied to the train (wheels). While the mainspring unwinds, power is expelled at a precise rate by the means of the escapement and balance wheel.

Three distinct standard barrel systems were implemented in American Pocket watch movements, many of which were patented designs. These barrel types are frequently confused and conflated. However, original source materials and publications can help us distinguish the barrel systems and benefits provided by each. 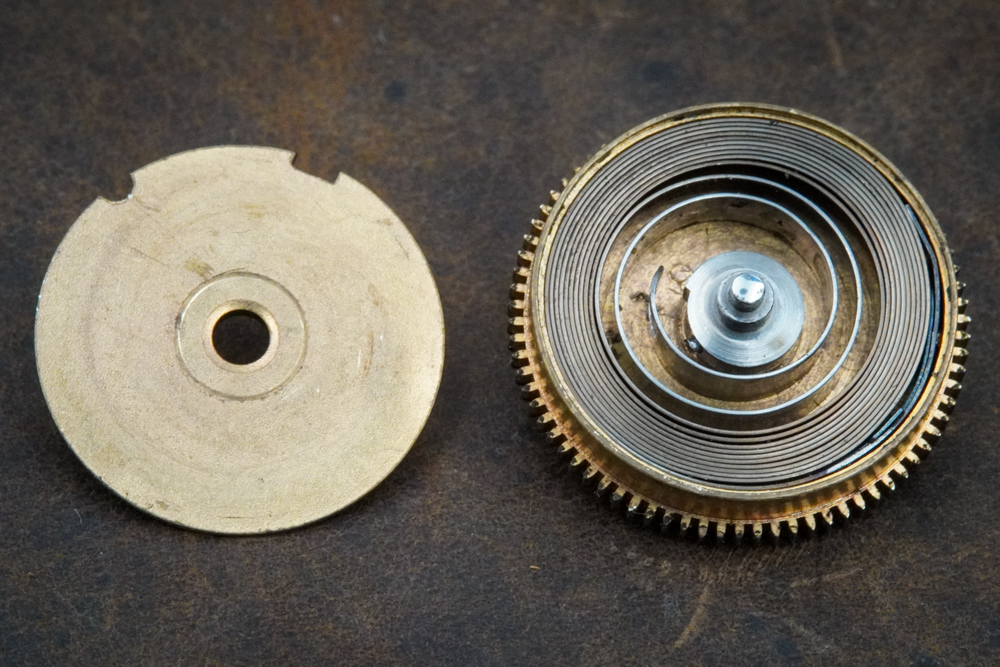 The going barrel consists of three separate parts: toothed barrel, arbor, barrel cap. The mainspring is attached to the barrel on one end and the arbor on the other. Rotation of the arbor is prevented by the ratchet mechanism. When winding, the arbor is rotated via the ratchet, coiling the mainspring inside the barrel. When running, the entire barrel rotates around the stationary arbor. 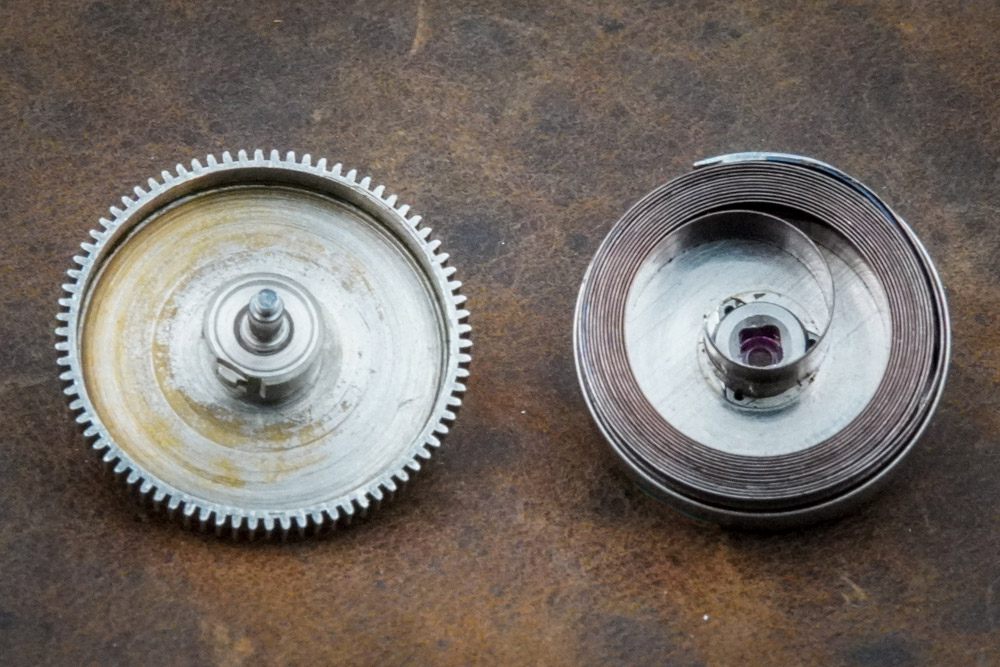 The “safety barrel” term has been largely misapplied to the entire barrel design, leading to unnecessary confusion. While the characteristics of the mechanics are necessitated by the features of the safety barrel, the term “safety barrel” is easier to understand if considered to be the barrel encapsulating the spring that absorbs the shock when the mainspring breaks. In order to implement this arrangement, the barrel must be redesigned to drive the train from inner coil of the mainspring instead of the outer portion.

Many companies utlized variations of the safety barrel design. The most common examples were produced by Elgin and Waltham. The Illinois Watch Company patented a safety barrel in 1905, but it was never implemented into production. 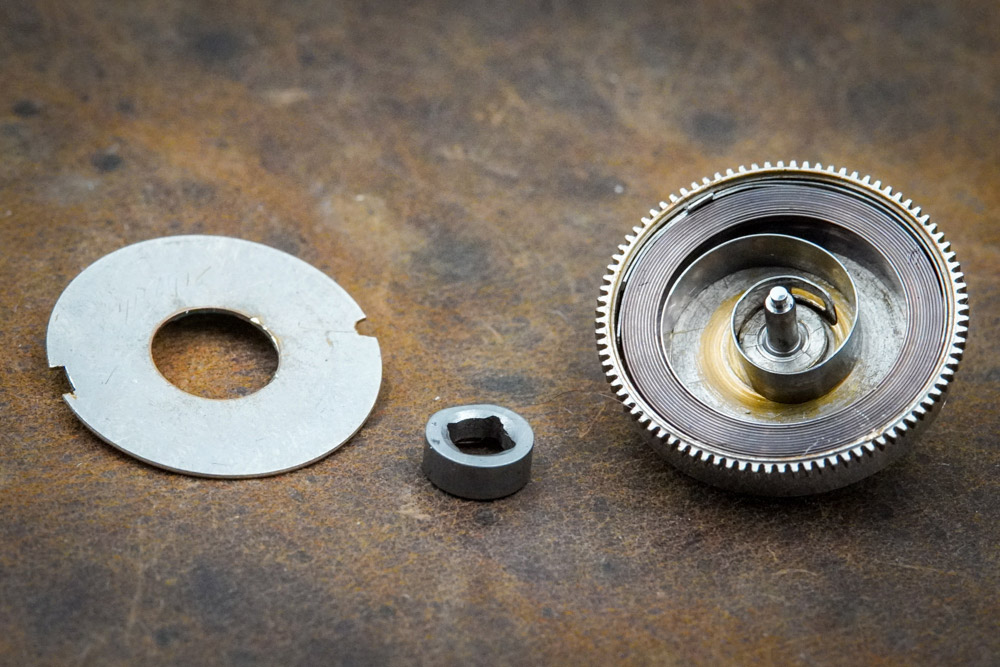 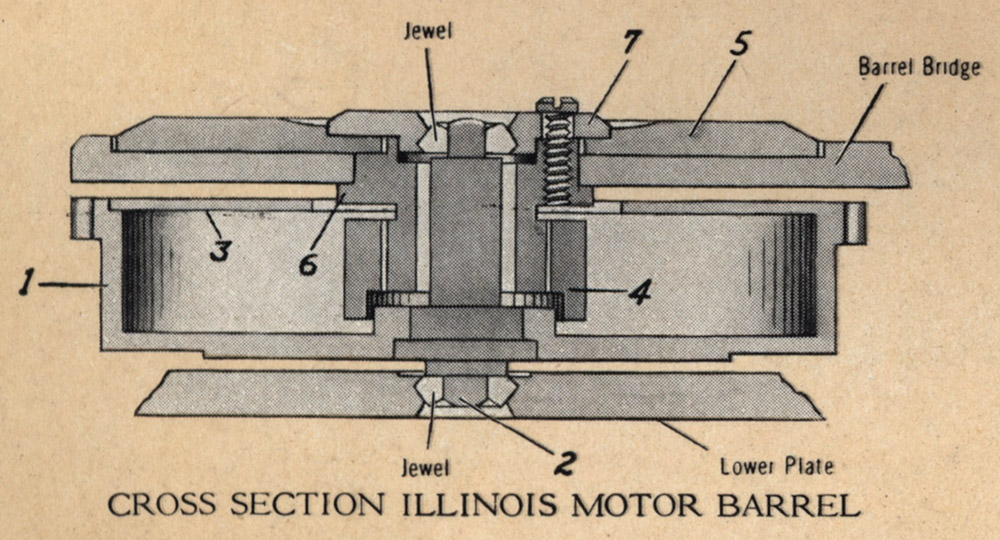 The motor barrel is similar to the going barrel except the barrel jewels can be beneficial while the watch is running. This is accomplished by a staff rigidly attached to the barrel that projects through the hollow mainspring hub and acts as an axle. The mainspring hub is journaled to the ratchet wheel so that while the watch is wound, the arbor is rotated to coil the mainspring. While the watch is running, the barrel rotates via the “axle” inside the hollowed snailed hub. This allows the system to be functionally jewelled on the upper and lower pivots, in a similar fashion as the safety barrel design. In essence, the motor barrel operates like a going barrel with the benefit of being functionally jeweled like a safety barrel.

The most common examples of the motor barrel were produced by Illinois and Hamilton, generally utilized on finer grades. These companies manufactured movements for the Ball Watch Company that feature the motor barrel. The Elgin National Watch Company favored the safety barrel in most of their production in the early 1900s. However, two premium 23-Jewel grades were created in the 1930s featuring a motor barrel system: Grade 494 and Grade 540.