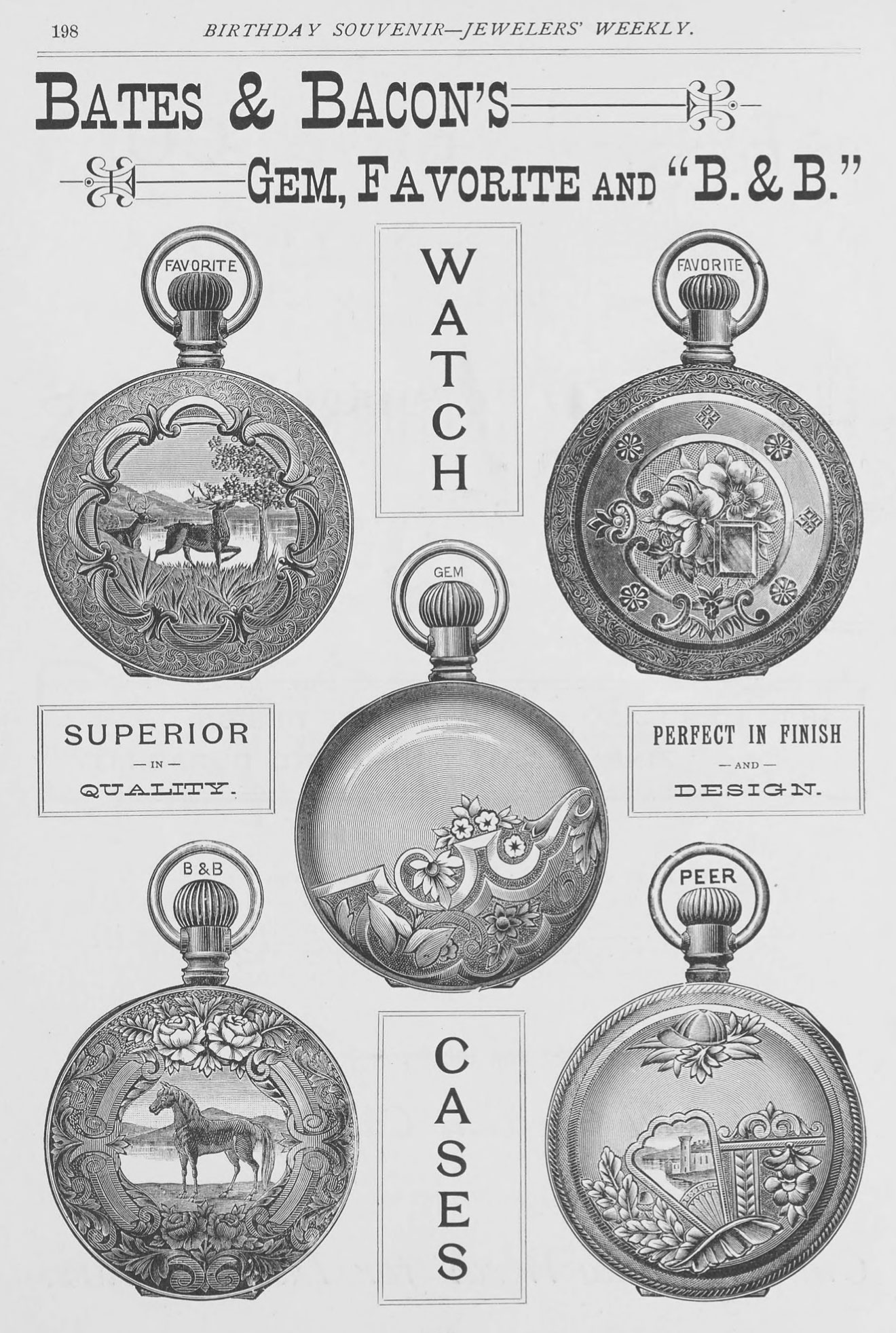 Began to manufacture watch cases in 1882. Sold to Philadelphia Watch Case Co. in 1901.

Identification: Bates & Bacon cases are easily identified by the "B&B" marking. The company applied case marks in an extremely simplified form, most appearing as standard text in a stacked layout. Most cases are also marked with the grade and year gurantee. Those marked without a guarantee as assumed to be manufactured prior to 1898, when the duration was increased for most of the case grades. The Philadelphia Watch Case Company maintained production and sales of the "B&B" trade names after purchasing the case business in 1901.

Collectibility: Bates & Bacon cases were one of the most popular gold-filled cases sold around the turn of the century. These cases are very common to find paired with movements produced during this era. The "Royal" 20-Year grade is the most common case produced by the factory. Early grades like the Gem are more uncommon to find and are slightly more collectible.

Bates & Bacon was organized by George Bacon and Joseph M. Bates in 1867 to specialize in the manufacturing of rolled gold-plated bracelets and jewelry.

The company began manufacturing watch cases in 1882 by introducing a snap-bezel patented design to the market. In 1884, following some market success, the company constructed a factory in Attleboro, Massachusetts.

In 1888, fifteen engravers and designers decided to go on strike. Teh copmany quickly filled the vacancies and carried on with production.

In 1891, the factory in Attleboro was extended to create more room and to provide additional support for the main factory building.

In 1892, The Jewelers' Circular reported that Bates & Bacon were producing 200 cases per day.

In 1894, the company introduced the popular "Royal" 14K gold-filled case. At this time, the "Gem" grade was dropped from advertisements. The following year, The Jewelers' Circular and Horological Review stated that Royal was the "most popular gold filled case on the market."

On May 18, 1898, a large part of the city of Attleboro was destroyed by fire, including the factory of Bates & Bacon. According to reports, the fire started in the shop of John T. Inman & Co. at the Bates & Bacon factory on Mill Street. The factory, including the machinery and inventory, was compeltely destroyed with an estimated loss of $200,000.

The company immediately made plans to built a new factory on County Street, and this construction was compelted an a rapid pace. In the meantime, Mr. Bates made an offer to purchase the Ladd Watch Case Company factory in Providence, Rhode Island.

By the fall of 1898, the new factory was operational with new modern equipment. This new factory was temporary, and in June 1899, The Jewelers' Circular reported that the company was busy panning a new factory that could facilitate 3,000 workers.

In 1899, the company began advertising the "Regal" case, guaranteed for a duration of 10 years.

After the company was sold, rumors circulated that Joseph M. Bates was interested in organizing a company to manufacture solid gold cases. Instead, he purchased the business of G.A. Dean Co. and produced jewelry for a short period of time before assuming the old name of "Bates & Bacon" again in 1902. This company specialized in a general line of watch cahins and bracelets, distinct from the watch case business that had been sold to the Philadelphia Watch Case Company. 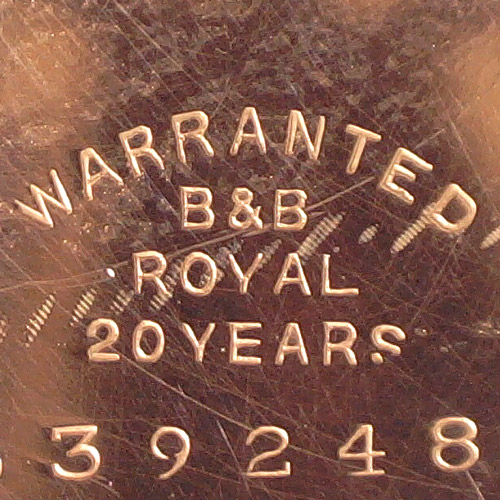 Warranted
B & B
Royal
20 Years 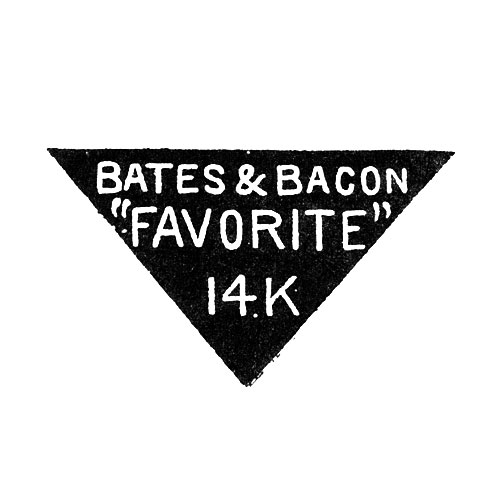 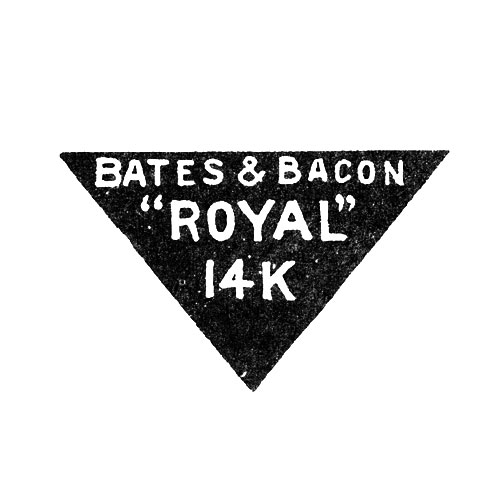 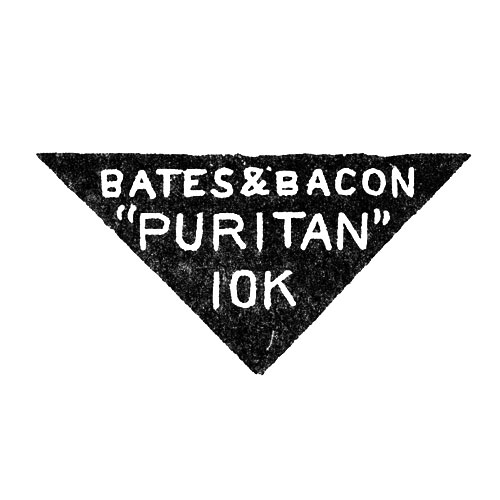 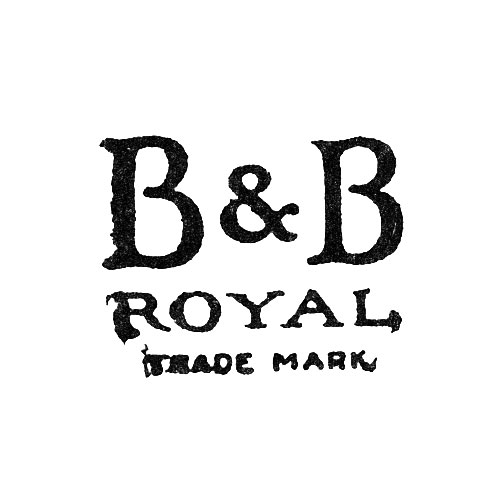 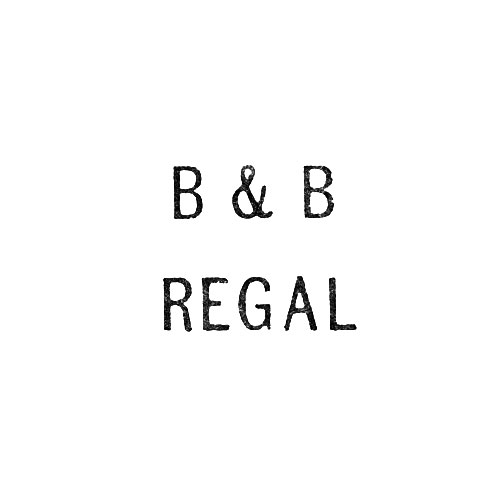 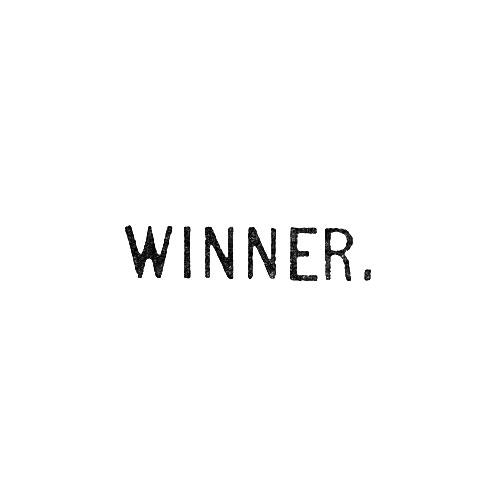